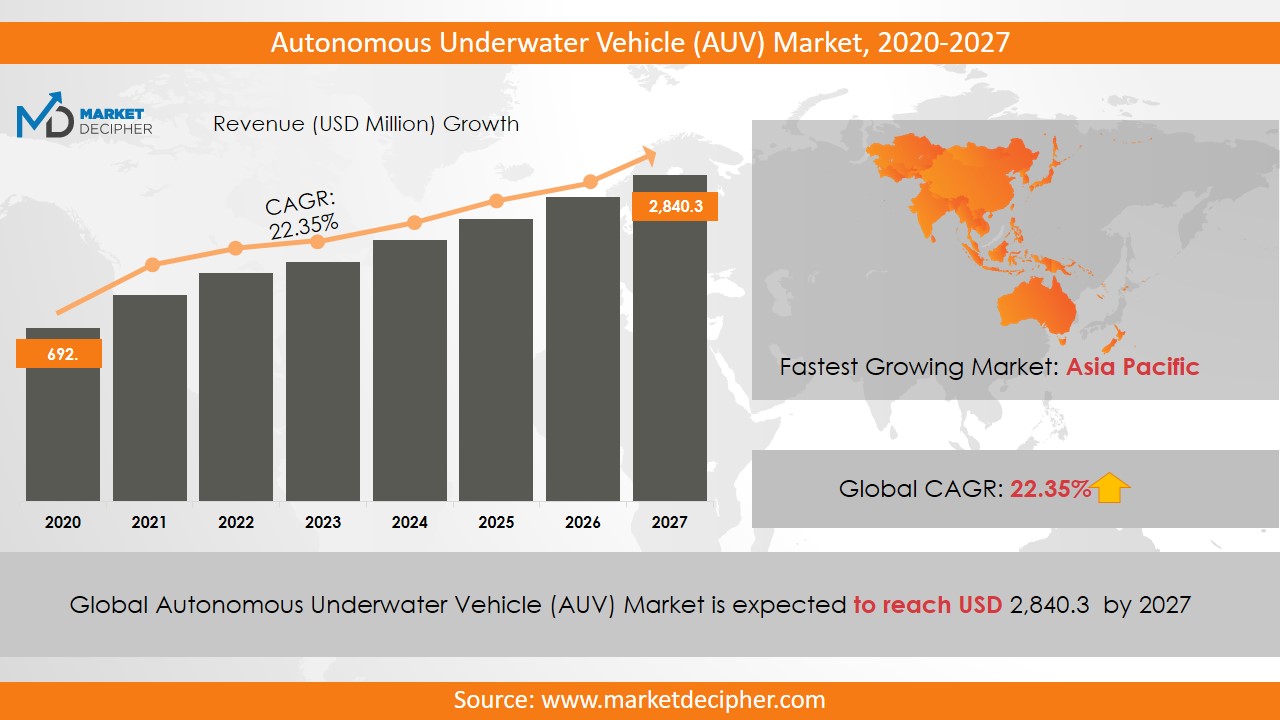 During the forecast period (2022-2025), the global autonomous underwater vehicle (AUV) market is expected to reach $1.638 billion by 2025. Currently, the AUV market is valued at $638 million. North America holds the biggest share of this market due to the extensive usage of AUVs in the U.S.’s military & defense activities. Norway is promising to grow its share in this market at a rapid rate due to the increasing demand for advanced underwater systems in Asia-Pacific countries, especially China and India. Significant players in the AUV market include Teledyne Marine, ECA GROUP, Lockheed Martin Corporation, Boston Engineering Corporation, Kongsberg Maritime, Bluefin Robotics, and Hydromea SA.

Kraken Robotics, a leading manufacturer of autonomous vehicles and machines, has launched a new Autonomous Underwater Vehicle (AUV) ‘ThunderFish’ in November 2019. The new AUV had been under development since 2014 and now the company is introducing its new launch in the industry to commercialize it. “The vehicle offers a range of oceanographic and military capabilities, including underwater surveys, environmental monitoring, habitat mapping and marine archaeology.”, said the autonomous solutions provider, Kraken Robotics. Kraken Robotics has also announced several new contracts for sensors, batteries and sonar sensors on 16 March 2022. The company has introduced its new subsidiaries Sea-Power batteries, AquaPix MINSAS Sensors, SeaVision Laser scanning services and Kraken for offshore supports.

Two giant tech companies in AUV industry, Subsea Technology and Ocean Infinity, have launched a new company Armada on 5 February 2022. The newly introduced company is set to launch a fleet of 15 Autonomous Underwater Vehicles. The company is about to change the course of AUV industry throughout the globe. “We’ve been driven to innovate by a desire to further reduce our impact on the environment and the time people spend at sea. We have built an outstanding team who boast world-leading expertise to take this next stage of our business forward for the benefit of our clients and all those who work with us.”, a statement given by the CEO of Ocean Infinity, Oliver Plunkett.