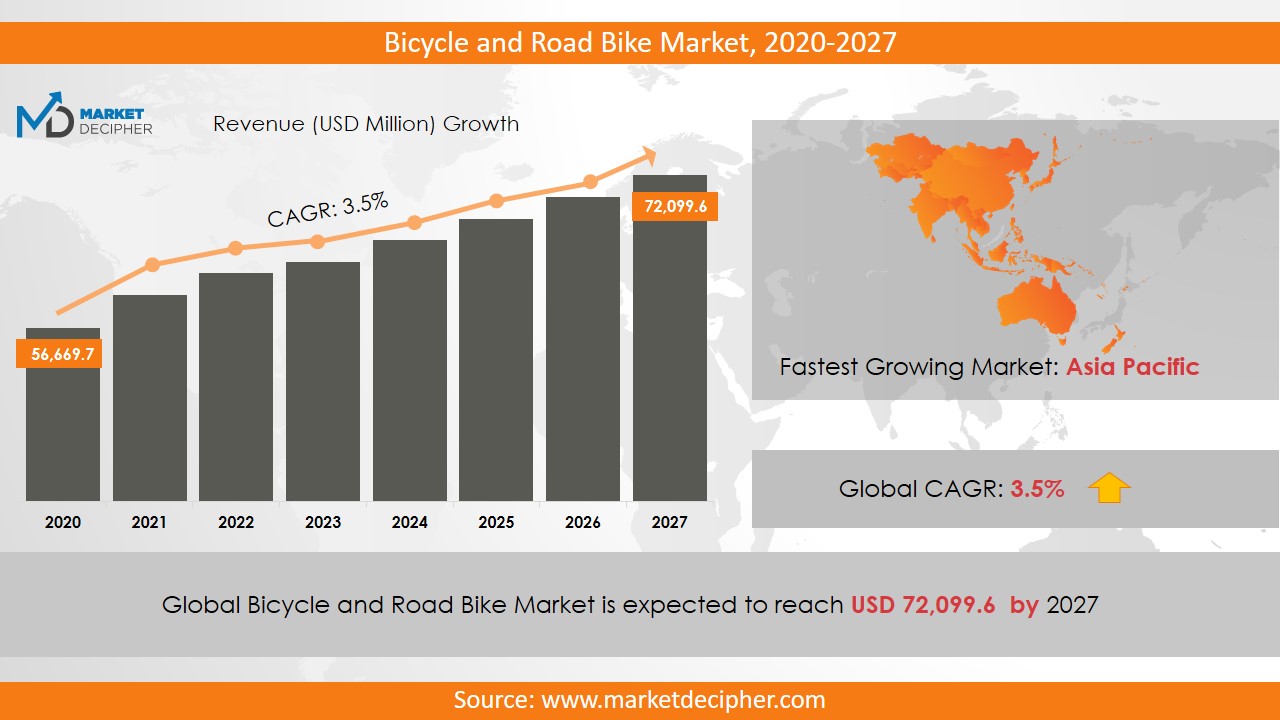 Bicycle is a basic transport means used in the past and even with the advancement of technology, the use of bicycles is still increasing day by day. The man still considers the bicycle as the best mean of transportation, which is pollution-free, cheapest and healthiest way to travel. The market is today increasing because due to the changed diet and habitat and newly emerging diseases, the man is retracted by the older methods and bicycle is one of them. The market is huge and is still greatly rising.
Regional Analysis
Taking an eagles eye on the regional analysis, around 99% of bikes sold in the United States are imported from Taiwan and China. This means that the biggest producers are Taiwan and China. According to the international survey reports, China is the largest Bicycle manufacturer and is the region where almost 28.13% of the world’s bicycles are used. The biggest users of bicycles are the Netherlands followed by Denmark. After these two, China is listed where bicycles outnumber cars by 10 to 1. On number, fourth is India because of the huge population and relatively lesser development.
Analysis by Application
Regarding the application, the use of bicycles is for exercise purpose which aims for being healthy of an individual. Then is the economic use which is the main reason for this huge bicycle industry. China banned bicycles when their economy crashed two decades ago and the bicycles were used in the whole country. The last use of a bicycle which is among the major uses is bicycle racing. The other uses are less common and are not observed. In the U.K. there are 20 million people who use the bike. So, the U.K. comes next in this list of bicycle use. Then it is the APAC region because of less economic resources. The cheapest bicycles are manufactured in the APAC region but they are of lower quality.

Cycling as an adventurous sport has gained much attention across all age groups on a worldwide scale which has led to a remarkable increase in the number of people purchasing bicycles, thus fostering the market growth. People are now showing preference for bicycles as a convenient and effective mode of exercise in order to ensure a healthy life, to prevent obesity and other disorders which is expected to further propel expansion of the market. Dockless bicycle-sharing system has been increasing in recent times, which allows cyclists to locate a bicycle close by and electronically unlock it. Originally an idea that flourished in Europe, these bicycle-sharing systems are increasing in popularity, especially in Asian nations including India and China which is expected to foster the demand for cycles significantly. Chinese bicycle-sharing businesses are investing and expanding their domain of operation aggressively in European nations for making the most of market opportunities, which is anticipated to bolster market growth massively on a global scale in the coming years. Formal sports events across the globe have boosted the demand for bicycles as well as road bikes. In metropolitan cities, the increasing inconvenience caused due to congestions on roads and shortage of parking space is leading people to opt for commutation using bicycles and road bikes for short distances to save fuel as well as time. The expansion of the electric segment supports the fact that electric bicycles are easy to operate and can also quicker travel in comparison with their conventional counterparts. The latest technology offers higher capacities and longer life which add to the ease of use of electric bicycles, which propels consumers to use them effectively.

A challenge to the market growth could be that lightweight bicycles made using composite materials cost high, which may cause hindrance to the market expansion.