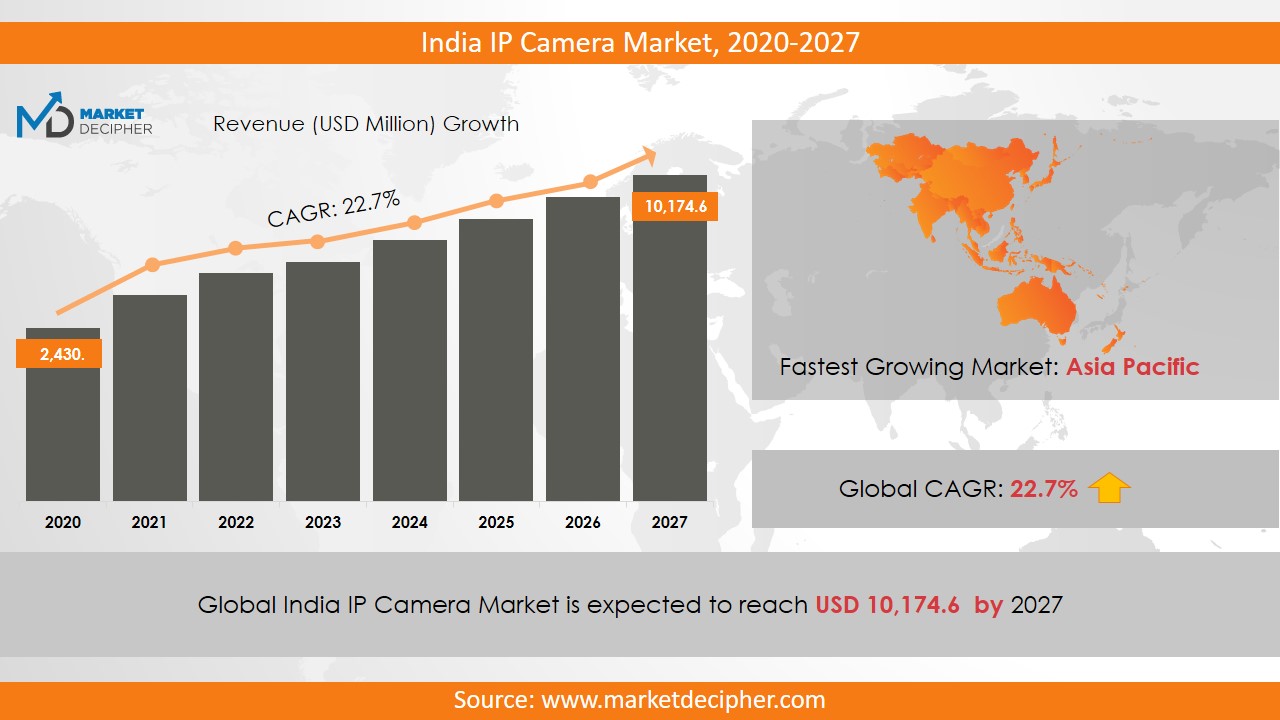 An IP camera, or the Internet Protocol Camera, is nothing but a kind of digital video camera that is used for receiving and controlling data and sending image data through an IP network. Commonly used for surveillance, these cameras are quite comfortable and efficient to use. The primary reason for people for choosing the IP cameras over analogue closed-circuit television cameras is that they can easily be operated over a local area network with the need for a local recording device.
Growth Factors and Trends
The market growth for the IP Cameras looks quite promising and shows a fabulous upward curve of a CAGR of 22.5% right through the period of 2020-2025! This rise can mainly be dedicated to the rising concerns of security issues, with tremendous growth in the incidents of terrorism acts, domestic crimes and theft. The demand for surveillance solutions has also been fuelled with the increasing infrastructural growth and reforms in the BFSI and educational sectors. Also, the city-wide solution being a growing trend at the moment has contributed immensely to the increasing demand for the IP camera market in India. The aided Government initiatives of smart city projects and city surveillance have also forecasted rising demand for deploying high-resolution IP cameras across the country. Industrial areas including banking and financial sectors, transportation and commercial offices have accounted for the highest use of such cameras. However, substantial growth can now be seen in verticals, including the residential and retail segments.