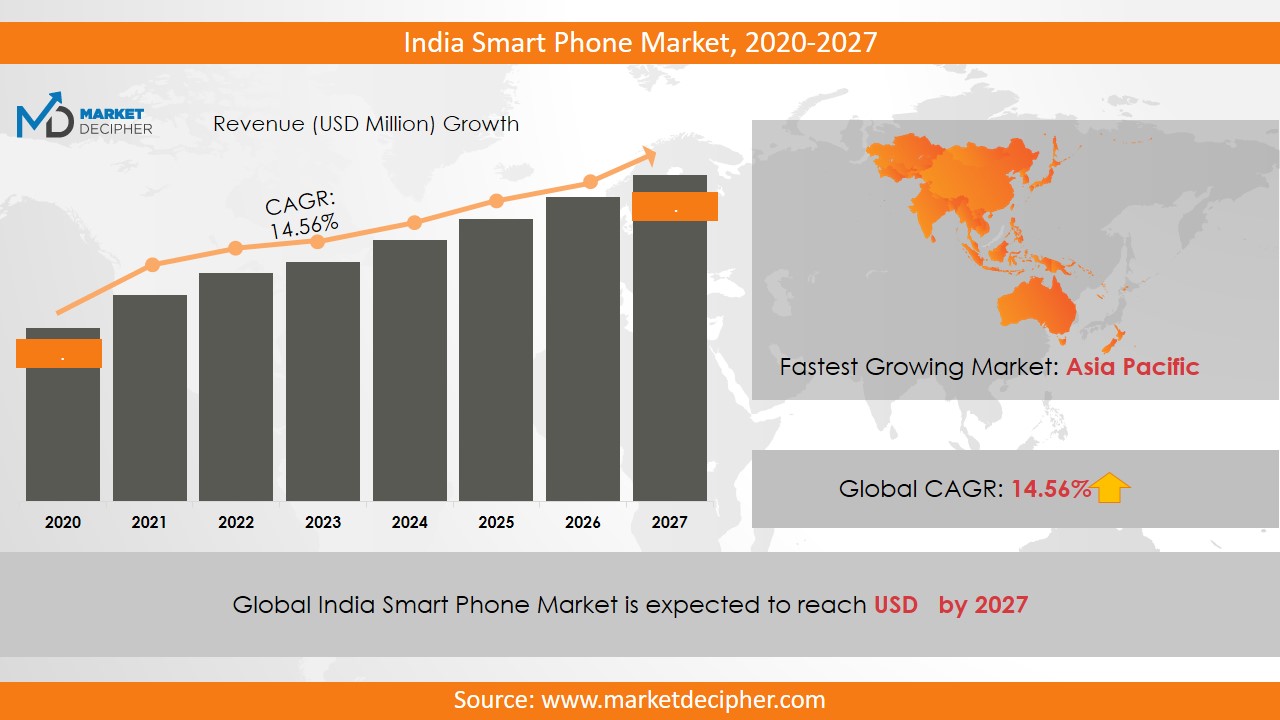 A smartphone is the most significant technological revolutions of modern times. It is a typical mobile phone with a touch screen interface that functions like a computer with an operating system to run downloaded apps and has internet access. It does much more than making phone calls and sending text messages. It is instrumental in portably connecting people with the world.

The current scenario has shown a steep decline in the estimated sales of smartphones by 13-15%, thereby making it the first-ever dip of the smartphone industry in years. Due to the COVID-19 outbreak and massive and salary and job cuts, consumers are bound to postpone purchases, thereby impacting production and supply of newer models. The recent increase of 12-18% in the Goods and Services Tax (GST) has also made the smartphone pricier.
It is estimated that the smartphone market is now set to hit a new low of sales of approximately 130 million handsets, which was initially estimated to be 140 million. While in 2019, around 154-158 million handsets were sold in India; it is estimated that there will be a single-digit dip of sales through 2020-2021. The current situation, extended lockdowns, non-operation of plants, and the apathy of consumers to upgrade into newer handsets can be blamed for such a direct dip for the India Smart Phone Market. However, despite everything, market leaders are hopeful that the sales will pick up a positive pace through the festive months of October-December this year!

India is the fastest growing smart phone market globally with a 14% increase market growth per annum.  Consumer preferences are unique and dynamic and therefore with the ever changing environment children tend to replace television and other medium with mobile devices and this leads to a positive shift in the smart phone market.

E- Commerce platforms are the major key growth driver of the market. Websites like Amazon, Flipkart and Snapdeal tend to grab a lot of customers because of the discounted price of mobile devices. The online distribution helps the company to save their day to day operation capital or save a considerable amount in building a physical network of distribution. This venture helps them in saving 6% - 15% amount of the total operation cost and therefore the mobile phones are tend to be cheaper online.  According to a survey, the companies cut prices of mobile devices up to INR 3000 – 5000 and hence ending up tempting customers and increase the growth of smart phone market eventually.

One of the factors that increase the growth is the new policy of the government.  Programmes such as Digital India, e-governance resources and technology eco system to boost up the socio- economic change acts as a major factor in increasing the growth of smart phones in Indian market.

With over  1.05 billion users, India is the second largest telecommunication market in the world. The growth of smart phones and a wide choice is possible due to the liberal policies of Indian Government. Expansion of 4G services and high-speed broadband multiple the sales and drive the growth of smart phones. According to a survey, 5G will be emerged in India by 2020 and this will increase the sales and probably secure number one position in telecommunication market.